Intentionally, CVG is a family affair. Whether at the greenhouse or at home, the work that it takes to run the business affects the entire family. John and Jessi are grateful they have two interested helpers that happen to also be their kiddos.

As the oldest of John and Jessi Kelly, Ben, was the first in the pair of children and their initiation into parenthood. For the “starter,” Ben has set the bar high. With a ton of respect, Ben enjoys making people laugh but not at the expense of putting himself in the spotlight (see all CVG radio ads).

He also is “cut from the same cloth” as his dad. Ben loves playing basketball and football, taking out the snowmobile, and budding up with John for some hunting and fishing. The father-son pair have also been known to get wrapped up in politics. Not in the “my candidate/your candidate” way but more into the history and process of government. John confesses, “I think more of our voting population should know what Ben knows about politics because they’d be a better-educated voter no matter which way they vote.”

Ben also has a crazy good memory for things like the stats of every buck John ever shot or how fast players ran in the NFL last year.

The youngest of the Kelly crew is, the “very kind, very compassionate,” Addison. Freshly into her teen years, the somewhat introverted only daughter has a passion for crafting, photography (many of which you see in CVG’s newsletters, feeds, etc.), and most recently – Arizona and UTVs.

The interest in Arizona is new and is partly due to family members recently moving out there. Whatever the reason is, who can really argue with dreams of warm Southwestern terrain in the middle of the Midwest’s long winter nap?

As far as UTVs go, that’s in part to her independent nature. “We have a Polaris ranger, one of the UTV vehicles, that I bought it in October of 2018,” John explains. “I don’t think it had hardly any miles on it. Then, last summer, Addison started it up and she’d drive it for hours. Just down through the woods and all of a sudden it had like 700 miles on it.”

For a little well-roundedness, Addison wants badly to be an FBI agent too.

Whether cleaning up their rooms, de-budding geraniums, adding imagery to a newsletter, finding dozens of ways to say “no”, or shoveling snow out of the parking, CVG is proud to have these two on the team – and John and Jessi are even prouder to call them theirs.

If you want to hear more about Ben’s accumulation of random facts, where else Addison would like to travel to or to learn more about what is happening at our Emerald City, please sign up to join our newsletter. Who Deserves A Garden? Nominate a “Giver” For Our 2021 Garden Giveaway!

Last year, we held our first ever “Who Deserves a Garden Giveaway.” We had no idea what to expect…... How To Start a Flower Garden

If you’ve always wanted to start a flower garden, but you didn’t know how or where to start, we’ve... 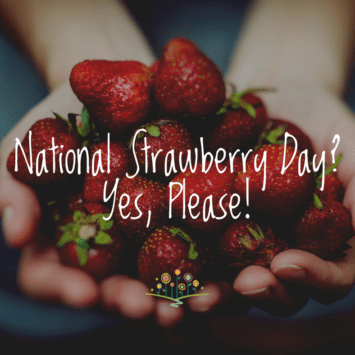 Do you find yourself daydreaming about sunshine, summertime, and sweet summer strawberries? Us too! The current weather forecast may...

A few things to know about our online shopping cart:

1. Our awesome staff will do their very best to fill your order exactly as requested. However, due to demand and limited supply, we cannot guarantee that everything will be available.

2. The online shopping cart is for same-day or next-day curbside pickup. We are not able to ship any products.

3. Our team will carefully and quickly fill your order. Once you receive notification that your order is ready, it must be picked up within 24 hours or it will be canceled.